This is the first week in our ‘Christians are wrong about…’ series – see the rest of the series here.

or listen in iTunes here

A recent survey of adults who don’t attend church, not even on holidays, found that 72 percent thought the church ‘is full of hypocrites,’ but that 78 percent would ‘be willing to listen’ to someone who wanted to share their beliefs about Christianity. At the same time, 72 percent of respondents also said they believe God exists. <— That number was even higher among young adults, aged 18-29, of them 89 percent said they were willing to listen to a Christian sharing his or her beliefs. (source)

First of all, what is a hypocrite? We use this term a lot, and it’s still a pretty cutting insult in Australia… a hypocrite as “a person who puts on a false appearance of virtue or religion,” or “a person who acts in contradiction to his or her stated beliefs or feelings.” The word “hypocrite” comes from the Greek word for an actor. All Greek actors wore masks to hide their true identity and take on the role they were playing. So when you think about the original meaning of the word, think about someone who wears a mask – someone who hides his or her true appearance by putting on a false front. (source)

An easy way to think about Hypocricy? It’s when you profess something you don’t possess.

Jesus had a lot to say about hypocrisy. He attacked it head-on, and He reserved His most striking condemnation for the hypocritical scribes and Pharisees of His day, men who He called “whitewashed tombs, which outwardly appear beautiful, but within are full of dead people’s bones and all uncleanness” (Matthew 23:27). The hypocrites of Jesus’ day proudly displayed their piety in public, but inwardly they were far from God. I submit to you that the accusation of Christians being hypocrites is based on the same thing today… People professing what they don’t possess(ing) 😉

Here are some other things Jesus called out as hypocritical: (source)

Ravi Zacharias is one key evangelical church leader who has said, “The Bible’s condemnation of hypocrites is clear. The Bible also clearly pledges that God will judge hypocrites – i.e. Matthew 24:51. God is more angered by hypocrisy than we can ever be.”

So, who is a hypocrite?  are Christians hypocrites?  yep.  how about those who aren’t christians?  them too – Isaiah 9:17: “… for everyone is a hypocrite and an evildoer, and every mouth speaks folly.”

Romans 7:15 – even Paul who wrote a stack of the NT calls himself out on this “For I do not do what I want, but I do the very thing I hate.”

Why Christians really are Hypocrites – Christianity isn’t about being a better person.. and I know most of you have heard that this is what it’s all about – even from some Christians – but this isn’t the message of the Gospel!  And I’ve got to say SORRY… sorry that we haven’t done a better job of communicating what the Gospel is actually about!

Christians get called hypocrites by people who think those christians are saying ‘be better like me’, but the message of Jesus is that ‘there is no distinction: 23 for all have sinned and fall short of the glory of God, 24 and are justified by his grace as a gift, through the redemption that is in Christ Jesus, 25 whom God put forward as a propitiation by his blood, to be received by faith. This was to show God’s righteousness, because in his divine forbearance he had passed over former sins. 26 It was to show his righteousness at the present time, so that he might be just and the justifier of the one who has faith in Jesus.’ – Romans 3

You’ve heard people say something like: “(s)he’s more ‘christian’ than most Christians I know” <— shows a great misunderstanding of the Gospel, and grace… it’s not about being a ‘good person’.. I know HEAPS of ‘good people’, some who love Jesus, and many ‘good people’ who don’t… that’s not what makes you a Christian, and this is where the confusion comes in.

– the Christian life is entirely about ‘undeserved favour’ – Christians don’t pretend to be anything other than failures… and so our posture toward God and toward other people is one of someone who has the undeserved favour of God… we don’t look down on people, not for their struggles or their sin, not at all.

And so we don’t hide our own shortcomings, we boast in them.

2 Corinthians 12 – “on my own behalf I will not boast, except of my weaknesses—6 though if I should wish to boast, I would not be a fool, for I would be speaking the truth; but I refrain from it, so that no one may think more of me than he sees in me or hears from me. 7 So to keep me from becoming conceited because of the surpassing greatness of the revelations, a thorn was given me in the flesh, a messenger of Satan to harass me, to keep me from becoming conceited. 8 Three times I pleaded with the Lord about this, that it should leave me. 9 But he said to me, “My grace is sufficient for you, for my power is made perfect in weakness.” Therefore I will boast all the more gladly of my weaknesses, so that the power of Christ may rest upon me. 10 For the sake of Christ, then, I am content with weaknesses, insults, hardships, persecutions, and calamities. For when I am weak, then I am strong.”

– When you offer to pray for someone else, but won’t open up and admit you need prayer – you’re being a hypocrite

– When you say ‘Jesus is Lord’, but you live like you’re lord, you’re a hypocrite

– When you preach love, but get more bummed out by your favourite tv character’s plight than the situation facing those real people suffering poverty, under persecution, the orphan, widow, or refugee.. you might be a hypocrite.

Compare this letter written about the fledgling church, to what people would currently say about the Christian Church:

“They dwell in their own countries, but simply as sojourners. As citizens, they share in all things with others, and yet endure all things as if foreigners. Every foreign land is to them as their native country, and every land of their birth as a land of strangers. They marry, as do all [others]; they beget children; but they do not destroy their offspring. They have a common table, but not a common bed. They are in the flesh, but they do not live after the flesh. They pass their days on earth, but they are citizens of heaven. They obey the prescribed laws, and at the same time surpass the laws by their lives. They love all men, and are persecuted by all. They are unknown and condemned; they are put to death, and restored to life. They are poor, yet make many rich; they are in lack of all things, and yet abound in all; they are dishonoured, and yet in their very dishonour are glorified. They are evil spoken of, and yet are justified; they are reviled, and bless; they are insulted, and repay the insult with honour; they do good, yet are punished as evil-doers. When punished, they rejoice as if quickened into life; they are assailed by the Jews as foreigners, and are persecuted by the Greeks; yet those who hate them are unable to assign any reason for their hatred.”

– can the same be said of Christians today?

What’s the antidote to Christian Hypocrisy?

– Be open with your struggles

– Allow the Gospel to have it’s full effect in your life!!

– This is the key.. We don’t point people to ourselves, but to Jesus.

– You can love them, communicate the Gospel to them, do life with them.

– If God hasn’t done any internal convicting, your judging will only come across as unloving

– don’t look at someone’s external weakness and compare it with your external strength.

– we tend to view someone else’s sin as worse than ours (we can justify our own).. but Jesus clearly calls this hypocrisy. Matt 7:5 – You hypocrite, first take the log out of your own eye, and then you will see clearly to take the speck out of your brother’s eye.)

– even though you’re so bad at it, you have great confidence in your ability to judge others.

– actually spend time with God – in his word

– this will cost you your current lifestyle, but it’s worth it

– if you stop pursuing the things you think will make you happy, and experience the true, unfakable, life giving JOY, you’ll realise how empty all of those other pursuits are. 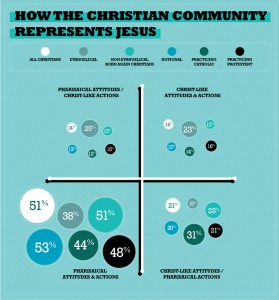 Some Bible worth checking out:

If anyone says, “I love God,” and hates his brother, he is a liar; for he who does not love his brother whom he has seen cannot love God whom he has not seen

If anyone thinks he is religious and does not bridle his tongue but deceives his heart, this person’s religion is worthless.

“Beware of practicing your righteousness before other people in order to be seen by them, for then you will have no reward from your Father who is in heaven.

You hypocrites! Well did Isaiah prophesy of you, when he said: “‘This people honors me with their lips, but their heart is far from me; in vain do they worship me, teaching as doctrines the commandments of men.’”

Do you suppose, O man—you who judge those who practice such things and yet do them yourself—that you will escape the judgment of God?

Whoever says he is in the light and hates his brother is still in darkness.

What good is it, my brothers, if someone says he has faith but does not have works? Can that faith save him? If a brother or sister is poorly clothed and lacking in daily food, and one of you says to them, “Go in peace, be warmed and filled,” without giving them the things needed for the body, what good is that? So also faith by itself, if it does not have works, is dead. But someone will say, “You have faith and I have works.” Show me your faith apart from your works, and I will show you my faith by my works. …

Having the appearance of godliness, but denying its power. Avoid such people.

“Beware of false prophets, who come to you in sheep’s clothing but inwardly are ravenous wolves.

They profess to know God, but they deny him by their works. They are detestable, disobedient, unfit for any good work.

Whoever says “I know him” but does not keep his commandments is a liar, and the truth is not in him 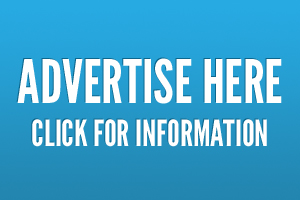